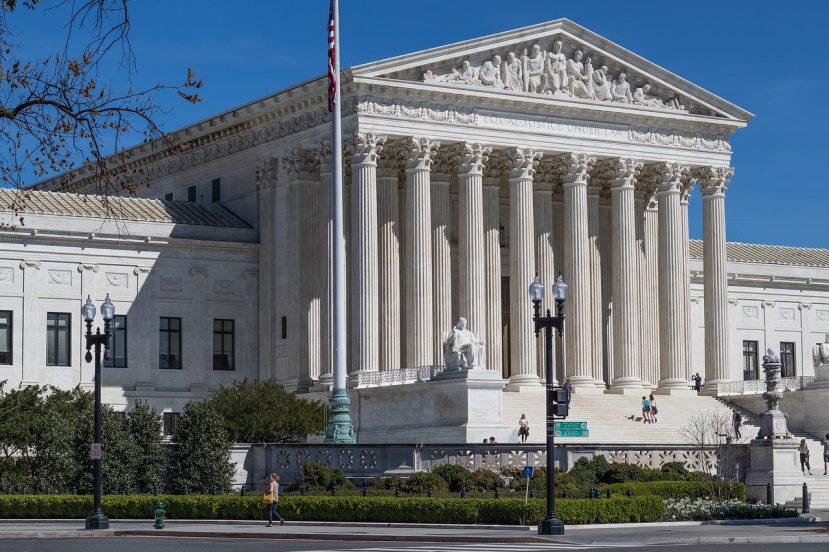 On April 23, 2020, a unanimous U.S. Supreme Court (“SCOTUS”) ruled that the Lanham Act does not require that a trademark infringer must willfully violate the law in order to award profits in a trademark case. SCOTUS held that while “willfulness” is still an important factor for courts when considering awarding profits, it cannot justify a strict precondition for a plaintiff to recover the infringing party’s advances.

The Lanham Act is the primary federal trademark statute that provides these remedies for trademark infringement, including:

The only preconditions for recovering damages are that the trademark must be likely to cause confusion, or the mark is misrepresented in the commercial advertising or promotion of the goods or services such that there is damage.

The circuits were previously split on whether willfulness was required for a plaintiff to be entitled to the profits the defendant received from the trademark infringement. While a defendant’s state of mind is always important in determining remedies, the plain language of the statute does not explicitly read to require willfulness for awarding profits, SCOTUS determined.

Facts of the Case

Romag Fasteners, Inc. v. Fossil, Inc. centered around handbag fasteners. While Romag sells magnetic snap fasteners for use in leather goods, Fossil designs, markets and distributes a wide range of fashion accessories. Through an agreement made many years ago, Fossil was authorized to use Romag’s fasteners in their products. Romag eventually discovered that Fossil hired factories in China to create counterfeit Romag fasteners and Fossil did little to guard against those activities. Romag sued, claiming that Fossil infringed its trademark, falsely advertising that the fasteners were Romag fasteners. While a jury trial agreed that Fossil acted “in callous disregard,” they did not agree with Romag that Fossil acted willfully. The district court ruled that the Second Circuit standard that willfulness must be established in order for the plaintiff to receive the profits the defendant gained through the infringement was not present in this case.

The unanimous SCOTUS decision held that while willful infringement is an important factor to weigh in a trademark infringement suit, it is not required. The court emphasized that reading words into a statute should be avoided, which is what ruling otherwise would do. The court was particularly convinced that Section 1125(a) was not intended to include willfulness since the word “willfulness” is included in other parts of the statute. Therefore, the absence of the word in Section 1125(a) is telling as to the intent of the statute.

The Court also looked to the history of trademark law, citing that the Lanham Act’s statutory predecessor, the Trademark Act of 1905, made no mention of such a willfulness requirement. The Court analyzed cases raised by both sides to support their arguments. Yet, ultimately the Court decided that the fact that the principle of mens rea (one’s mental state) is brought up throughout the Lanham Act to permit greater statutory damages for certain willful violations demonstrates that the plain meaning of the statute, which does not include willfulness as a necessary precondition, must hold.

Fossil attempted to make a policy argument, that this willfulness requirement is necessary to deter “baseless” trademark suits, while Ramog insisted that its interpretation would promote more respect for trademarks. The Court ruled that reconciling policy arguments was the role of policymakers, while the role of the court was to “read and apply the law those policymakers have ordained.”

This unanimous decision was less than seven pages, demonstrating the straightforwardness to which the Supreme Court Justices were able to conclude that no absolute willfulness requirement exists in this context.  This case not only resolves a circuit conflict about the Lanham Act, but also comes at a very important time during the novel coronavirus. A decision in favor of Fossil would have seriously affected many trademark owners’ cases in an already difficult litigation environment. This decision will help encourage many plaintiffs to enforce their rights where they may have otherwise been hesitant to bring suit due to the high cost of litigation and low probability of recovering attorneys’ fees.

A second impact of the decision is on trademark searches and the need for properly written availability opinions. The U.S. is a common law country, so conducting full availability searches is the only way to properly clear a mark for registration and use. Our firm regularly conducts full availability searches and writes availability opinions on these searches not only to assess the risk of the mark in question, but also to protect our clients in the event of future infringement. This decision makes such written trademark opinions even more important now as clients will want a record of no willfulness.

We agree that this is the appropriate decision, however, the question then becomes what evidence will be sufficient to award profits? Justice Sotomayor’s concurring opinion did point out that fraudulent intent should be a precondition before authorizing disgorgement of defendant’s profits to avoid massive windfalls to plaintiffs, which is an important distinction from the majority’s opinion. Nonetheless, as the opinion pointed out, that discrepancy should be decided as a matter of policy by Congress, rather than a decision for SCOTUS based on existing law. If you have questions about this case or any other trademark matter, please contact us.

Author’s Note: I would like to extend my deep gratitude to Hayley Leviashvili, J.D. Candidate 2020 at Fordham University School of Law, for her assistance in preparing this blog post