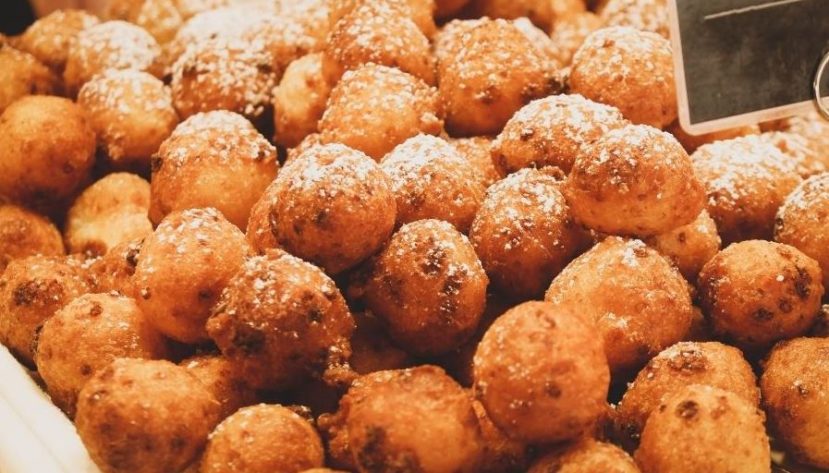 Every summer in Chicago, I look forward to attending food festivals.  My favorite activity is attending as many Greek church food festivals as possible. Not only because I was raised in the Greek Orthodox faith, but because I absolutely adore the food. The highlight of every Greek picnic are the loukoumades, deep fried pieces of dough that are slathered in honey and cinnamon.  The line for the loukoumades booth is always the longest at any Greek picnic. I never thought I would have an opportunity to talk about two things I love most – Greek food and trademark law — in one blog post, until now.

Last week, the Trademark Trial and Appeal Board refused to register the mark LUKUMADES for donuts and related goods as well as service for the preparation of food and drink in Class 43. The Board, however, reversed the finding with respect to yogurt drinks and related dairy beverage goods in Class 29. When I first saw the decision, I had no idea how to pronounce the mark, and I certainly wasn’t thinking of anything related to my beloved loukoumades, until I read the opinion. In fact, the mark was a stylized mark partly using the two Greek letters Delta and Sigma, as shown below.

In trademark law, only distinctive trademarks are entitled to protection on the Principal Register. Descriptive marks are not entitled to registration on the Principal Register, absent a showing of acquired distinctiveness. Intentional misspellings or novel spellings are not enough to circumvent the trademark rules surrounding descriptiveness or other substantive refusals vis-à-vis third-party marks that may be blocking your mark. You cannot open a coffee shop called STRBUX or STAARBUK or any other creative iteration of the registered trademark STARBUCKS. The Board gave the example of URBANHOUZING being equivalent to URBAN HOUSING for real estate brokerage services. Just like the “Z” and “S” sound, we often see this with marks that begin with a hard “C” sound, like in the word “catalyst,” which is sometimes spelled with a “K.” While there is no rule that dictates how you spell your mark, creative spelling in and of itself is not enough to circumvent confusion with another mark that may have prior rights to your mark.

Similarly, when evaluating descriptiveness, it is important to know that a novel or intentional mis-spelling cannot circumvent a descriptiveness refusal like in this case. When I first saw this mark, I was trying to figure out how one might pronounce LUKUMADES.  Was it loo-koo-mades?  Whatever it was, it was not easy to pronounce. But, as soon as I saw the Greek stylized logo, I knew exactly how to pronounce the intended mark.  The Board found the stylization was not enough to impart any distinctiveness to the mark, as it found that many Americans would know how to pronounce the stylized version of the mark, given that more than 3 million Americans in the U.S. claim to be of Greek descent, and many more Americans undoubtedly have familiarity with the Greek alphabet from their membership in Greek fraternities and sororities from their college and university days. For these reasons, it refused registration of the mark in Classes 30 and 43 and allowed the mark to register in Class 29.

If you have questions about a trademark application, please contact us for assistance.